Arianna Lint, whose nonprofit supports transgender people in South Florida, saw two of her clients graduate from beauty school early this year, with their gender identities formally recognized on their certificates—a feat only possible after legally changing their names.

Arianna’s Center helped the women achieve this milestone. The four-year-old organization has been filing up to 70 name-change petitions a year, covering the often prohibitively expensive costs of fingerprints and background checks and navigating complex requirements on behalf of people who want to update their documents with images and monikers that match their gender identities.

“When a transgender person changes their name, it changes their life because they have more opportunity and more ambition to be who they are and see it reflected in their papers,” says Lint, who put on hold her dreams of practicing law while going through her own transition, which included a move from her native Peru in the early 2000s.

“And then like many immigrants in the United States,” she says, “I worked in construction, in housekeeping, and supermarkets, but even though I had insurance, they didn’t cover my transition. I fell to prostitution. In that moment, it was the only way to be who I am.”

After eventually finding work as an HIV case manager and educator at the state’s Department of Health, and then advocating for transgender clients at LGBTQ health nonprofit SunServe, she founded Arianna’s Center.

As CEO, Lint focuses her organization’s attention on the most marginalized of South Florida’s trans community, including sex workers, those without residency status, those resuming life after incarceration, and those living with HIV or AIDS.

The organization initially concentrated solely on name changes. Now—focusing on healthcare, immigration, employment, and education—the Center’s mission encompasses areas which, according to a survey published in May 2019, are among those most urgent facing trans and gender nonconforming (TGNC) people across the southern belt of the United States. 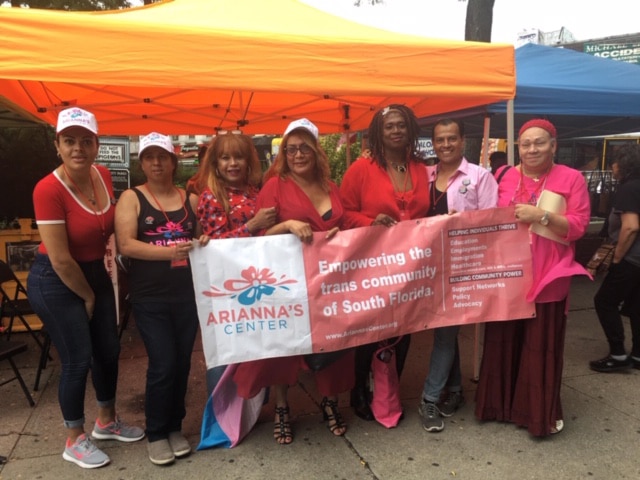 Members of Arianna's Center advocate for their community.

Members of Arianna's Center advocate for their community.

The survey of 135 TGNC people from 13 southern states, conducted by Transgender Law Center and Southerners on New Ground, found that a majority see primary and HIV-inclusive healthcare, and detention and deportation, as the priorities for community action.

“In the state of North Carolina, almost all discrimination against trans men and women is legal,” says one survey respondent. “I could get fired from a job just for being trans and I can’t do anything.”

The report concludes: “We must still grapple with issues impacting so many TGNC community members. These include the epidemic of violence taking the lives of young Black transgender women; the lack of access to basic resources, such as healthcare; the state’s reliance on detention in responding to migrant transgender people, especially transgender women, as they seek immigration relief in this country; and the increased criminalization, targeting, and attacks on Black and brown [people].”

Activists say this increasingly hostile climate has been compounded by the current U.S. administration’s adoption of a policy agenda that has sought a marked rollback of regulations that protect LGBTQ Americans from discrimination. 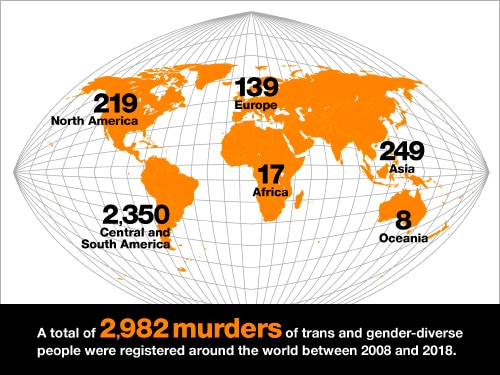 “There’s a sense that people are under siege,” says James D. Esseks, director of the ACLU’s Lesbian Gay Bisexual Transgender & HIV Project. ACLU continues to challenge the military ban, although the U.S. Supreme Court ruled at the start of 2019 that the policy could stay in place while litigation against it proceeds.

Under the Obama Administration, the Affordable Care Act prevented insurers from discriminating against LGBT people, and the Department of Justice took the position that Title VII of the Civil Rights Act of 1964 prohibits discrimination on the basis of gender identity.

But on October 8, 2019, the Supreme Court will decide on three related cases that will determine whether anti-LGBT discrimination is a form of sex discrimination prohibited under Title VII.

While anti-LGBT discrimination remains legal in more than 30 states of the nation, including all those in the South, majorities in all 50 states support the enactment of LGBT protections, according to data collected by the Public Religion Research Institute’s 2018 American Values Atlas.

In May, the U.S. House of Representatives passed the Equality Act, which would prohibit discrimination based on gender identity and sexual orientation. But the bill failed in the Senate, and advocacy organizations have shifted their strategy to the states.

And the ACLU, Lambda Legal, and Equality North Carolina continue to litigate over a state law that replaced the controversial HB2, which banned people from using restrooms matching their gender identity and prompted boycotts (the new law bans regulation of bathroom access and prohibits cities from passing non-discrimination ordinances until 2020).

The ACLU in the past year has also won jury verdicts in Iowa and Wisconsin for transgender patients who were denied health care services.

“Not long ago, it would have been a really bad idea to bring a transgender discrimination case to a jury,” Esseks says. “The country has learned a whole lot more about trans people and is much more ready than it was to see trans folks as the human beings that they are.”

Lint says one side effect of rights rollbacks has been a more unified movement for social justice, which is growing stronger:

“The transgender community has always been in the back—not just in this administration,” she says. “But now all [LGBTQ] voices are together at the same table.

“We’re going to show the community and other communities we have to live together and work together and respect each other,” she says. “This is our moment.”