Two days after the June 12, 2016, massacre at the Pulse gay nightclub in Orlando, Florida, Marco Quiroga was on a plane back to the central Florida city where he grew up.

“The shooting felt like that safe space was robbed from me,” says Quiroga, who in August of the same year helped to establish the Contigo Fund, a project of Our Fund, to channel donations for medical and legal services to the families of the 49 people killed and more than 50 injured or affected.

“Pulse was the first place I took my sister when I came out as queer. It was the sanctuary I went to when I was homeless as an undocumented person who couldn’t get into shelter. It was a place where I could feel safe.” 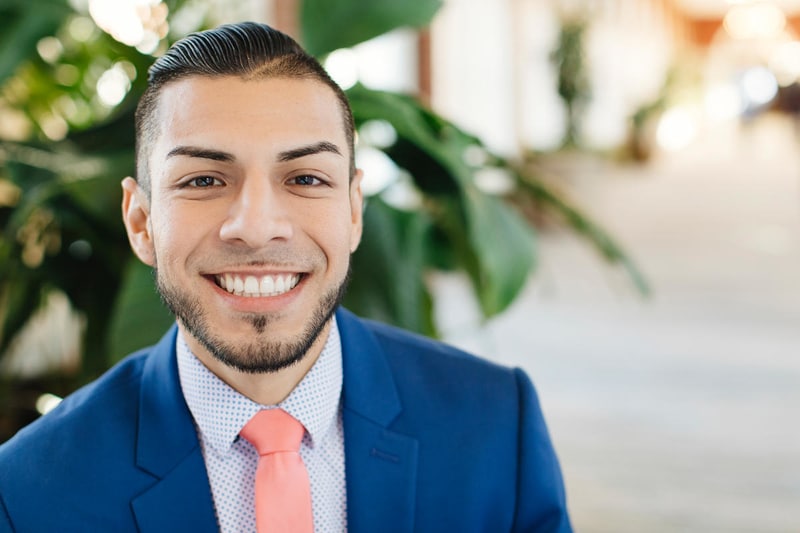 Marco Antonio Quiroga, Contigo Fund: “From unstable housing to homelessness, to my brother’s deportation, to feeling like second class, the immigration system isolates us from of our communities. And those most affected by Pulse were LGBTQ and Latinx undocumented people of color.”

Quiroga, born in Peru and brought to the United States by his parents at the age of two, was one of roughly 800,000 young immigrants who received permission to go to school or work legally under the Obama-era legislation Deferred Action for Childhood Arrivals (DACA), enacted in 2012.

As the second commemoration of the Pulse massacre approached, in June 2018, a large swath of the nation’s South—encompassing Alabama, Arkansas, Louisiana, Nebraska, South Carolina, Texas, and West Virginia—was suing the federal government in an effort to end DACA.

The bid for DACA termination is just one of many civil rights rollbacks that have singled out vulnerable populations, particularly immigrants and transgender individuals, or left them in limbo since the Trump administration began reversing human rights advances of recent years.

The list includes withdrawing federal protections for transgender students in public schools and trans employees in the workplace, reinstating the ban on trans military personnel, supporting the right to religion-based discrimination in the provision of goods and services, and, according to Lambda Legal, nominating conservative federal judges, one-third of whom now have anti-LGBT track records.

The year 2017 was also the most fatal for LGBTQ people in the United States, according to the New York City Anti-Violence Project, which recorded 52 murders—the highest in its history (not including the 2016 mass murder at the Pulse nightclub).

The majority were transgender women and queer, bisexual, or gay cisgender men. More than 70 percent of those killed were people of color.

Twenty of all the LGBTQ homicides reported by NCAVP took place in Texas, Georgia, Louisiana, and Florida.

“We’re at the top when it comes to violence that we experience in our community, being killed at a very higher rate,” says Daroneshia Duncan, founder of Transgender Advocates Knowledgeable and Empowering (TAKE), in Birmingham, Alabama.

“In the Deep South, the Bible Belt, if you’re Black or Brown and you’re a trans woman, you’re outcasts from the community. We face so much discrimination and hate but folks don’t understand how critical it means to have TAKE, a specific space for trans women of color.”

After being repeatedly rejected for jobs as a nursing assistant—one time, Duncan was all but hired until the employer noticed a disconnect between her I.D. and the name she uses—she gave up hope of finding a job and turned to sex work.

While running a peer support group for other trans women, she realized that her organizational experience, plus the skills she’d developed on the streets, could be turned into a profession.

“You name it, I’ve done it. My life is an open book,” she says. “When those ladies knock on those doors, they know that they’re going to run into someone that’s relatable and more personable, that understands the struggle of being a black trans woman in the South.”

In July 2017, she opened the doors of TAKE at a house in Birmingham’s South East Lake neighborhood, and soon she had 25 clients, mostly from rural areas as far as Mississippi and Georgia.

“We’ve got to get our ladies from there to a larger metropolitan city where they’re able to live happily and healthy,” she says, noting the range of resources available, from shelter, food, and clothing to help with legal name changes, counseling, art therapy, and yoga.

“We use the back door to enter the center, you know, we ain’t advertising anything, and the ladies are coming in to do what they’re coming to do. That’s to continue to grow, continue to heal.”

As Violence Rises, Activists Fight to Set Up Gender Nonconforming and Trans Spaces