Aerial photography from camera-mounted drones over the degraded farm and swampland habitat of the Western Chimpanzee in Sierra Leone, West Africa, may be an effective new tool to document biodiversity impact in advance of planned large-scale agricultural development in the area.

A team of international scientists, researchers and sanctuary workers collaborating since 2016 on conservation in southern Sierra Leone’s Moyamba district, where conditions are ideal for oil palm plantation, has been testing a helicopter drone to collect data on numbers and behavior of around 34 chimpanzees. 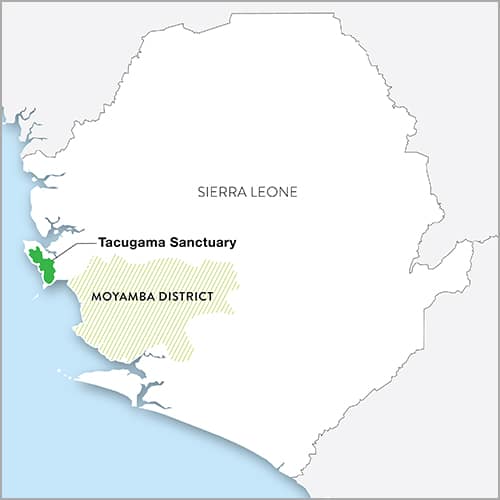 “It had been a very gradual deforestation in Moyamba as a result of subsistence agriculture,” says Dr. Tatyana Humle, a researcher from the Durrell Institute of Conservation and Ecology at the University of Kent, England. “But those landscapes are important because they are the most likely candidates for big commercial enterprises.”

“Once we know where the chimps are outside of protected areas, we can inform the government so they may balance more effectively chimpanzee conservation and industrialized agricultural development.”

Humle, who hit on the idea of using drone photography after hearing of similar work done to survey orangutans in Borneo and chimpanzees in Gabon, was joined by staff from the Tacugama Chimpanzee Sanctuary, in Freetown, Sierra Leone’s capital.

The sanctuary, established in 1995 as a home for chimpanzees who survived poaching or were kept as pets, is currently home to around 80 chimpanzees.

The research team spent four weeks in January and February 2017 flying the drone, equipped with six propellers, over a 65 square kilometer tract of land mostly comprising farmbush and cultivated fields, swampland with the occasional spot of forest. Oil palms dominate this landscape as they act as an important resource for local people who use the fruit to produce oil for cooking and soap making.

Photos from 28 of the 57 drone missions revealed the presence of 208 new nests, 646 old nests, and 81 reused nests, good indicators of population size because chimpanzees build fresh nests each night. Images gathered over eight months using camera traps on the ground have provided additional information on chimpanzee abundance and demography; these data will serve to validate the drone results. 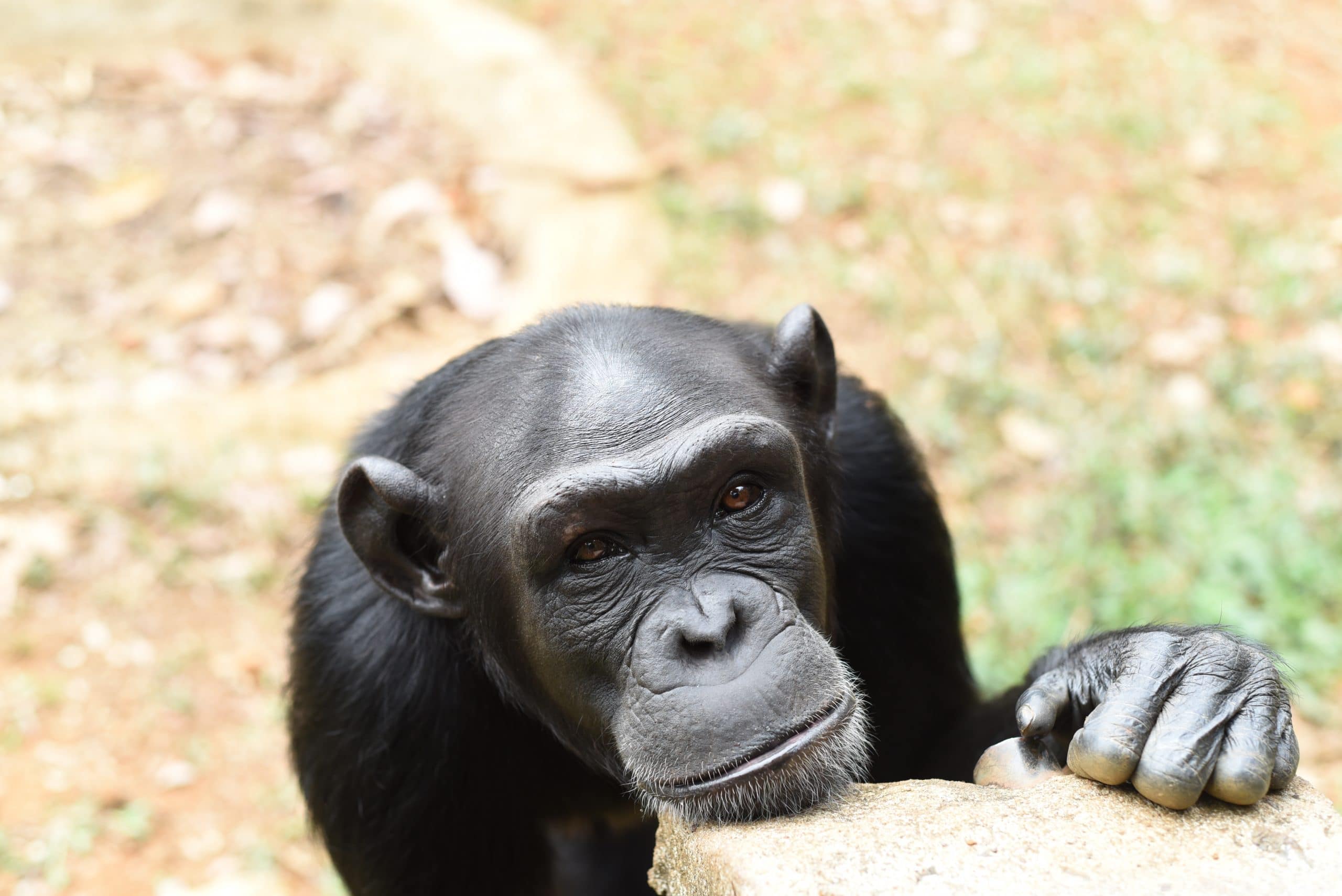 Reggae, a Tacugama Chimpanzee Sanctuary resident, was rescued as a five-year old from a village in Moyamba district, Sierra Leone, in early 2013, where she was being kept as a pet. At Tacugama, Reggae was gradually socialized to join the other chimpanzees. Rosa Garriga, a veterinarian and conservation researcher at the sanctuary, remembers Reggae as being very shy initially, but notes she is now a thriving member of the chimpanzee group.

“It’s hard to walk in the swamps and fallow areas are particularly difficult,” says Humle, “The drone is able to give much more data than we can collect walking transects or using camera traps for the same period of time.”

Chimpanzees build their nests at the very top of the oil palm trees, about 15-20 meters high, bending palm fronds and using them to make their beds.

The team was able to map out areas with a strong chimp presence in just one month. This was important because agricultural companies generally carry out environmental impact assessments very rapidly for potential projects. It is critical to ascertain chimpanzee abundance and spatial distribution if we are to avoid impact on great apes, says Humle.

The University of Kent, in collaboration with Tacugama Chimpanzee Sanctuary, is set to publish two detailed papers on its findings later in 2018. In the next stage of the drone project, Humle aims to integrate social components, including an assessment of people’s tolerance of chimpanzees and what factors might influence human-chimpanzee co-existence outside protected areas.

“One of the reasons chimpanzees have survived to date in such degraded landscapes is because people tolerate their presence in spite of foraging forays into their crop fields and competition with people for the oil palm, a critical shared resource for both parties,” says Humle.

Over the course of the project, the team also shared what they had learned about the resident chimpanzee population with communities living locally. As a result, people’s attitude towards chimpanzees has improved.

The Western Chimpanzee, Pan troglodytes verus, is classified as critically endangered by the International Union for Conservation of Nature. More than 80 percent of its Sierra Leone range is suitable for oil palm cultivation according to a 2014 study.1

The majority of chimpanzees across Sierra Leone, Liberia, and Guinea, their principal range, live outside protected areas. The species is thought to be extinct in Benin, Burkina Faso, and Togo.