The future of a 16-year logging moratorium in Democratic Republic of the Congo to protect the country’s pristine rainforests, home to the world’s most diverse range of great apes, was in great jeopardy during summer 2018 even after dozens of conservation organizations had mounted a campaign to prevent the freeze from being lifted. 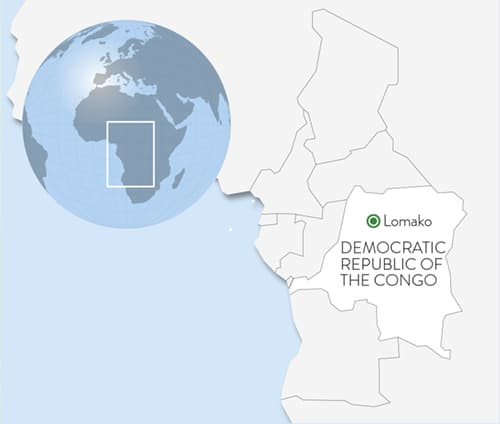 “Lifting the moratorium on new logging licenses would be seen as one of the single biggest threats to the ape populations of the Congo Basin,” says Simon Counsell, executive director of the Rainforest Foundation UK.

RFUK is among more than 50 groups that signed a letter to international donor agencies and to DRC’s environment sector, opposing revision to a forest code that has blocked uncontrolled devastation of the world’s second largest tropical rainforest.

Their campaign was launched after an announcement in February 2018 that DRC’s environment minister had granted 2,510 square miles for concessions, in areas containing newly discovered carbon-rich peatland, to two Chinese-owned companies.

According to Greenpeace, more concessions are expected to be awarded.

Two of the areas, in the Cuvette Centrale region of the country, are within the habitat of the bonobo, a great ape found only in DRC and with an endangered population numbering between 29,500 and 50,000.1

Bonobos, along with other endangered great apes in DRC—including eastern lowland and mountain gorillas, and chimpanzees—have struggled through 20 years of conflict, a major cause of poaching and poor enforcement of forest protections.

Ape populations in highland areas are less affected by logging, and the mountain gorilla population, for example, has increased in recent years by nearly one quarter, reaching 1,004 individuals in the Virunga Massif area bordering DRC, Rwanda, and Uganda, according to the Greater Virunga Transboundary Collaboration.

“They flee from noise”

New logging would have devastating short- and long-term effects on these ape populations with chimpanzees likely most affected in the short term, Counsell says, because they are sensitive to disturbances.

“They flee from noise, and research has shown that logging leads to conflict between chimpanzee groups,” he says, adding that the “medium- to long-term impacts could be catastrophic.”

Timber-felling not only removes vital habitat but opens previously inaccessible remote forest to influxes of workers across the supply chain, creating conditions for significant increases in hunting and poaching for both local consumption and distant markets.

Inside DRC’s 1,160-square-mile Lomako-Yokokala reserve, a protected area that African Wildlife Foundation (AWF) helped establish in 2006 to conserve bonobos, this population, estimated at 699 to 2,675 individuals, is stable if not growing. 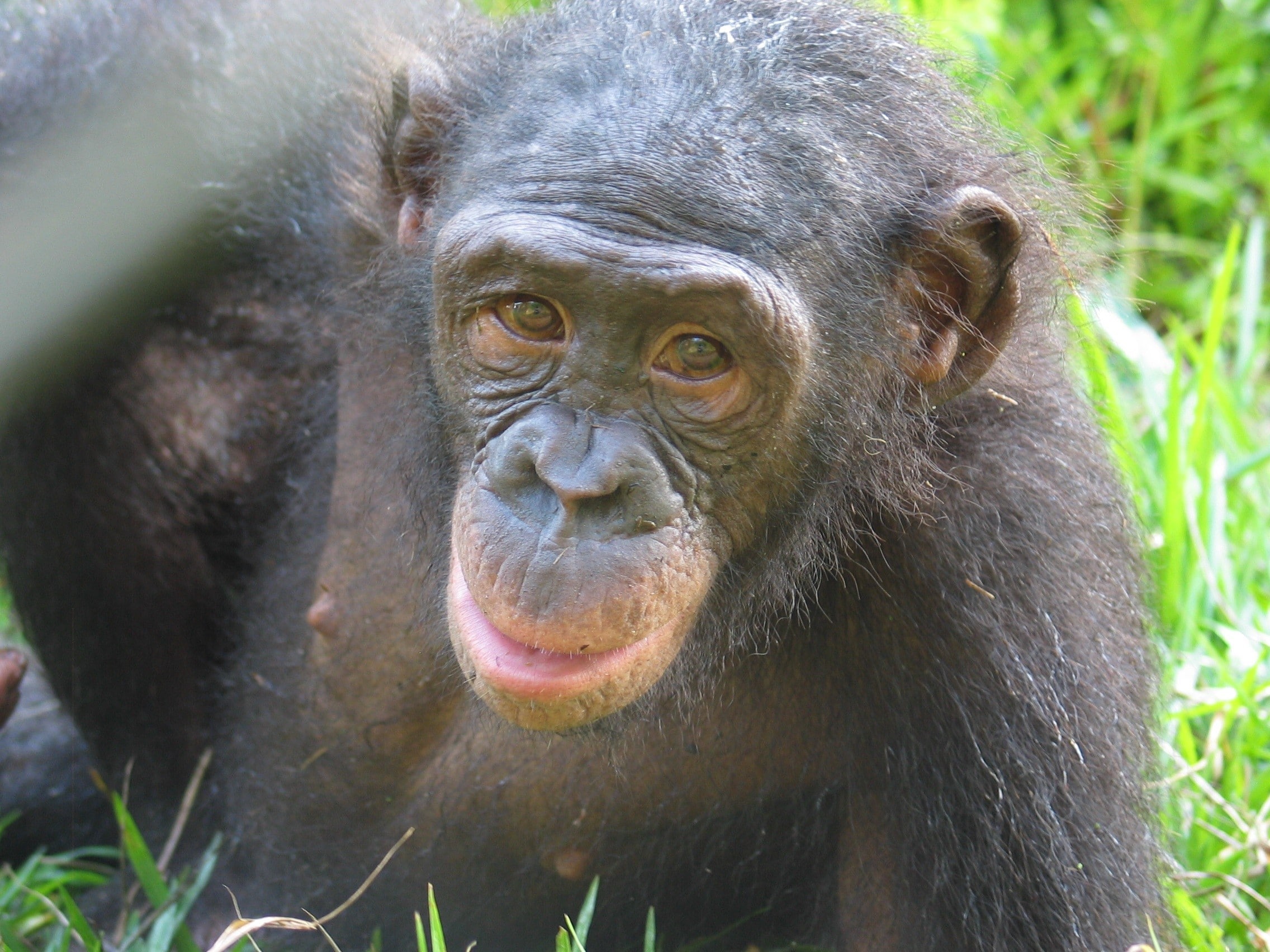 A bonobo in Yakata, an area of northern DRC covered by two logging concessions.

Conservationists have not recorded a bonobo killing in the reserve since 2016.

However, outside the reserve, logging machinery operates unabated by the multinational consortium Industrie Forestière du Congo, in bonobo habitat not included under the moratorium, says Charly Facheux, AWF’s West and Central Africa vice president for policy and program implementation.

“Those bonobo populations are a very easy target, for not only local communities but workers at logging concessions,” he says, noting that AWF has tried to involve local loggers in a sustainable management program, identifying potential areas for logging and others for conservation.

Facheux would like to see an independent audit of the impact of logging concessions on the forest, wildlife, and people. But he has noted a significant decrease in bushmeat on sale at markets since an AWF community education program began working with small agricultural business and encouraging local judges to enforce wildlife law.

Since the organization began working with a local legal partner Juristrale to train judges in wildlife law, around 10 poachers have been transferred to the main court in Buende; four of them are serving 5- to 10-year sentences.

The DRC, encouraged by the World Bank and other international bodies to reduce corruption and implement better forestry practices, determined between 2009 and 2011 that of hundreds of logging operations, merely 57 were legal.

Those were given five years to submit formal management plans for approval by the forest ministry.

The Rainforest Foundation UK has determined that 29 of these remaining companies are now operating illegally and should have their licenses canceled because they do not have approved management plans.

Logging concessions are spread across the country, although most are in the west and north along main rivers, the Congo, Kasai, Tshuapa, and Lulonga. While the majority are operated by Congolese companies, most are owned by international concerns.

The logging license moratorium has been “an unheralded but extremely important act to protect the global forest heritage,” Counsell says. “We’d like to see it upheld in the future, and for people to be rewarded for respecting it.”

The moratorium was enacted in 2002, when the World Bank committed funds to support local economic development in exchange for the government gaining greater control over logging interests—a situation that was chaotic at the time.

Lifting the moratorium has been an ongoing threat, proposed at least three times since its start.