We Remember While Looking Toward the Future: Conversations with Leaders for Trans Liberation 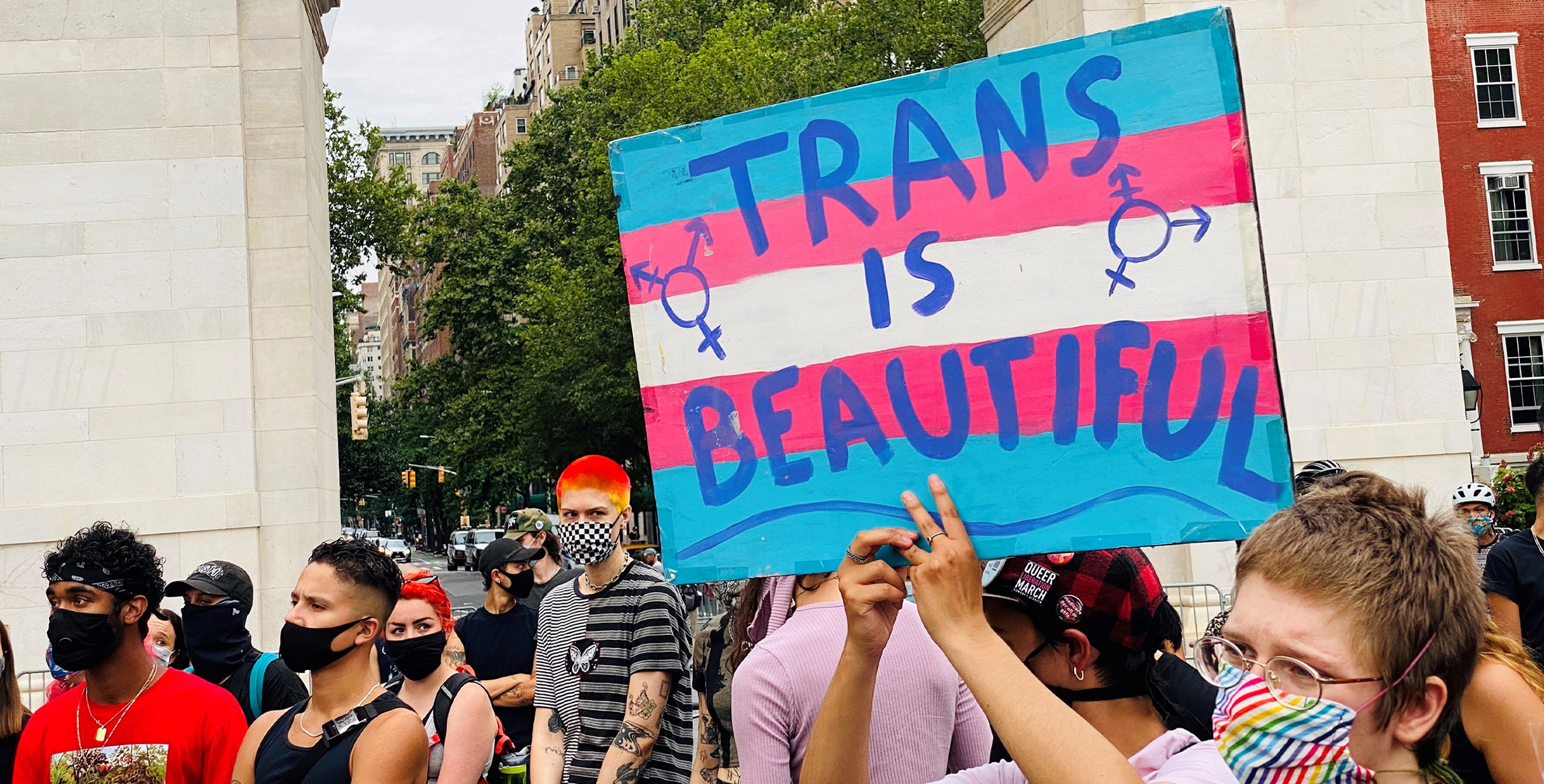 This Transgender Day of Remembrance, we not only remember, we honor the long road that has been built—and continues to be laid—by leaders and members of the trans justice movement around the world.

As part of Arcus’ tribute this year, we share thoughts by trans activists from Africa and the southern United States who were recently in conversation with Arcus Social Justice Program Officer Glo Ross (any pronouns ok) for our 2020 Annual Report. Their discussion reflects on the impact of the pandemic on trans communities, celebrates achievements for trans liberation and justice, and explores the extensive work still to be done.

There have been many challenges, but as Toni-Michelle Williams mentions during the conversation, the work generates joy. And so, while we remember those we have lost, we acknowledge those paving the way, doing the work to support trans liberation. We appreciate that these impressive leaders shared their thoughts and perspectives with us and are pleased to share our conversation with them here.

Glo Ross: Welcome, everyone. It’s wonderful to have you all here, and I am humbled to be in conversation with you. We’re here to talk about your perspectives and reflections over the last two decades of LGBTQ liberation and justice in Arcus grantmaking. However, before we talk about the last 20 years, it seems important to start with the past year. In particular, how has the pandemic affected you, your work, and your communities?

Adrien Lawyer: I’d say something we’re really proud of at TGRC is that we were able to stay open and keep going when so many other businesses and organizations weren’t able to make it through. We were able to keep our thrift store open, which is a more sustainable income stream for our organization and creates jobs and skill-building opportunities for folks. We continued to provide services for our most vulnerable folks, and it was all due to the creativity and resilience of our staff who are so dedicated.

Jabu Pereira: I think what comes to mind for me is around adaptiveness and resilience. We had to shift from being an advocacy-driven organization to doing humanitarian work. Now we had to ask: What do we do with food shortages, medical assistance, homelessness, people who have lost their jobs within our community? And there was also the big shift in the use of technologies, particularly when we work with communities that don’t have access to those technologies. What happens then?

Figuring all of that out was one of our biggest institutional achievements, but it also highlighted the need to narrow the gap between those who know what’s happening and those who don’t. That digital divide in itself became quite a challenge. But when you come from a continent that struggles every day with freedom, inequality, poverty, discrimination, we are built to be adaptive, we are built to be resilient.

Glo: Thank you, Jabu. I love the thread around the global power dynamics and think that’s such an important component that you help us understand. Toni-Michelle, how has your experience been?

Toni-Michelle Williams: Well, resilience is definitely something that Black trans folks have been practicing. Just this year in Georgia alone, we’ve lost four trans Black women. The latest was Sophie Vásquez, a Latina transgender woman who was shot and killed in May. These things force our communities to be in deep grief, and again, takes response away from the people that we need to service. The work needs to be done, but it generates joy. It generates connectedness and togetherness.

And we saw this last year being on the ground witnessing Black trans and queer people on the frontlines, getting people registered to vote, and also talking again about what’s possible. We talked about the world we’re dreaming of—where Black trans folks are not getting murdered, where there are more resources allocated to our most marginalized communities versus allocated and invested in prisons and police. A lot of this was shared on social media, and having that level of exposure was like, oh my God, this is the embodiment of what we are all aiming for here in this movement.

Glo: Thank you for that Toni-Michelle, especially going so deeply into the local level. Now can we zoom out and reflect on the last 20 years of the trans rights and justice movement? And are there learnings or strategies that you think would be helpful to inform our work going forward?

Jabu: I’m old in age, but young in transition, so looking two decades back, I was very much identifying with the feminist movement in a mainstream LGBTI space. I think the internalized oppression of even thinking and accepting my trans identity was a deeply complex, painful journey of denialism. And I think that was because within the LGBTI space back then, trans identities were erased. We were viewed as problematic to the normalization of the LGBTI rights agenda for gay couples to marry, adopt, decriminalize homosexuality, and so on.

The homosexuality gay agenda was definitely an agenda of trans erasure. And when I think about my own journey and the journey of the movement, there’s almost a reparative state that’s needed within the LGBTI rights movement around race and race erasure, but also trans erasure. And I think the people within our community that suffered the most within that erasure have been trans women.

Adrien: It’s interesting that I started the same way you did, Jabu. I started my medical transition in about 2004, and then that led me right to the founding of TGRC in 2008, because I had such a hard time finding what I needed. Since then, I think a lot of what’s happened in the movement has been due to constant, consistent efforts to educate all over the state: to educate medical providers, behavioral health providers, law enforcement, corrections, teachers, professors, students—all of that has definitely improved access and safety in a lot of different areas here.

Toni-Michelle: I think particularly for Black and trans folks in the South, it was the commitment of LGBTQ Black elders to invest in emerging Black LGBTQ leadership during 2010, 2009. I was lucky to be one of four cohorts who were hosted by the Human Rights Campaign through their HBCU (Historic Black Colleges and Universities) initiatives, as well as the National Black Justice Coalition that incubated so many of the leaders that we see now inside of our movements of Black trans leaders. That investment gave us the space and the opportunity to develop our leadership.

Toni-Michelle: Foundations and organizations need to invest in Black trans leadership. I am a product of that investment, as are other staff at SNaP Co., like Dean Steed, who’s currently our communications director. We both started with the support of Arcus as part-time organizers, and it has been an amazing journey to be a part of supporting Black and trans leadership.

Adrien: The funding from Arcus every single year has been general operating support, which is a trust-based way of funding with grantees. It trusts that we know where we need to spend that money, we know where we need to use those resources, and you’re there to support what we’re doing. The support from Arcus was one of the most crucial pieces of funding that helped us a level up from being primarily a volunteer organization to being fully professional.

Jabu: I agree with what Adrien is saying. Having a deeper investment and belief in the strategic vision of an organization is quite fundamental: Institutional wellness has to be centered around impact, but there can be no impact without sustainability. And there’s also very little sustainability without impact. So funding that empowers organizations to move from a cycle of poverty—from project to project—to sustainability is key.

Glo: Thank you all for your time today. It has been an honor to talk with you.

*Interview has been edited for brevity and thematic focus.