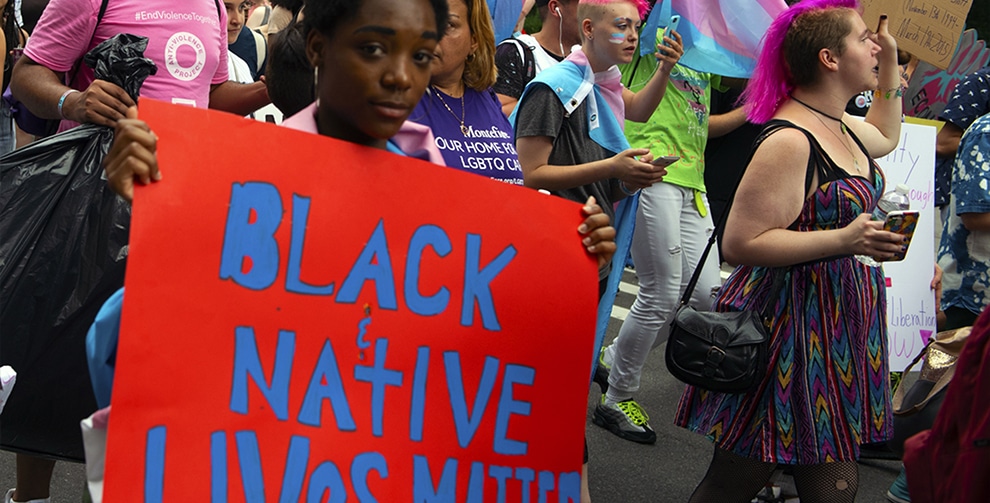 Editor’s Note: This essay was originally published in “Bending the Arc,” Arcus’ latest annual report, which can be explored at 2019.arcusfoundation.org. Loan Tran was a co-director of U.S. justice organization Southern Vision Alliance from its founding in 2014 until December 2020.

In 2010, North Carolina faced historic right-wing takeovers and attacks on democracy. At every level, from school boards to city councils and county commissions, up to the General Assembly itself, the decades-long strategies of anti-people, pro-profit millionaires and politics took root. Working class people and communities of color witnessed the gutting of basic social safety nets. Public space continued to shrink while migrants, women, poor people, and LGBTQ people became scapegoats for a cruel and upended economic, social, and political system.

What can we say has changed in 10 years’ time? Neo-fascist and authoritarian regimes seem to have only gained momentum. The rich continue to get rich while the poor continue to be poor. And it almost goes without saying, the planet only continues to suffer.

If you had told me in 2019 that the stock market would crash and the government would bail out corporations while giving breadcrumbs to our people, I would have believed you. If you had told me then that videos of police murdering Black people in cold blood would emerge and go viral, that communities of color would die at higher rates in a pandemic from lack of access to healthcare, that the United States would assassinate a political leader in Iran as an act of aggression, that climate disasters of epic proportions would be met with underwhelming responses from our political leaders, or that the governing class would tell us—as it did in 2015—that this is the most important election in our lifetime, I would have believed you.

Can we really say that these are unprecedented times?

In 2012, a formation of young people organized the March on Wall Street South to confront the Democratic National Convention in Charlotte, North Carolina, with simple demands: money and power for working people and less money and bailouts for banks, corporations, and jails. Our lead banner read, “Money for Jobs and Education, Not for War and Incarceration.” In 2014, after a student in Durham, North Carolina, was murdered in the back of a police car, the demands were likewise simple: accountability for police and money for public services. In 2016, after Keith Lamont Scott was murdered in Charlotte by the police, and an uprising filled the streets, the demands were also simple: justice for the families and community control over police. In 2017, when we tore down a monument to white supremacy in Durham, the demands then, too, were simple: tear down all of the living monuments to white supremacy personified through the prisons and police departments.

Again, can we really say that these are unprecedented times? Perhaps a more fitting characteristic of this political moment is that the pain, suffering, death, and trauma our communities experience have broken the levees and the dams and have pierced through the veil that never hid very well the conditions facing working-class people. The streets are wet not only with blood and tears, but flooded with centuries of oppression. We no longer need a window to look through to understand what is happening all around us. This is the full picture. This is reality. This is the world as it has always been for so many.

But perhaps what Arundhati Roy says about the pandemic as a portal—“a gateway between one world and the next”—should offer an optimistic and guiding light for all of us in the work of justice.

If you told me in 2019 that our movements would grow, adapt, and meet the movement and call from our community to win huge victories, I would believe you.

Is it possible that we are that much closer to freedom for our people and the planet?

Yes. It is possible but it is not automatic, and our winning should not be assumed.

If it wasn’t clear before, it should be in full view now that it takes the willing participation of millions—borne of their own pain, dreams, and heart—to contend for and transform power. It takes not just the swelling of consciousness but the molding of that consciousness into action. It takes organization—of all kinds and sizes—to do the lift of changing the world.

If the question is what is the way forward, here are the priorities:

Stay the Course We may be pulled to start new things, to rebrand our movements, to cast this particular moment in history as unique and freestanding from the past. Realistically, not much has changed—for good and for worse. What is true is that capitalism, white supremacy, and patriarchy are constantly reconfiguring and reconstituting so as to confuse and distract us from our primary objectives. Our social movements must develop the political clarity and wherewithal to do the same in order not to accept minor concessions from major corporations and elected officials as victories. Imagine what is better than a corporation like McDonald’s saying “Black Lives Matter” or offering free meals to frontline workers; it would be simple: pay your workers a livable wage, plus benefits, and allow for full unionization.

Solidarity Is the Strategy It is a classic play for those in power and of the governing class to find weak points and divisions across our communities. Where we have genuine difference, we must be willing to address, understand, embrace, and when possible, resolve them. Where we have genuine unity, we must be ready to turn that unity into shared action and collective struggle. If the pandemic and the crisis of capitalism and white supremacy have taught us anything, it is that the working people of the world, the historically oppressed of the world, those of us who are down and out, who live with tremendous despair but are strong of will, of integrity, and of conviction not only have more in common but have more power than the few who currently determine the world order.

Fight for All of It, and Then Some It is true that our social movements have been raising a very similar set of demands for a very long time. Sometimes the point may seem moot, the demands only platitudes. But here is the opening, where the things we thought were once the ceiling are now the floor. So how do we lead our communities to fight for all of it and then some more? Why end with a moratorium on evictions if we can actually guarantee housing for all? Why just provide all students with laptops to do distance learning when we can also support families with universal childcare? Why ban police chokeholds when we could abolish police and legitimize the wisdom of our own communities to reduce harm and transform conflict? Why should we settle for less when we could birth the future we know we deserve and are entitled to? Why fight if not with the audacity to believe that there is more to life than this?

Let’s not just fight for our right to live without the fear of dying from racism or health disparities. Let’s fight for a life of full dignity.

Social movements and the awakening of masses of people to the injustices and cruelty of our current reality are not unprecedented.

But if we truly want to see unprecedented times, let’s not just fight for our right to live without the fear of dying from racism or health disparities. Let’s fight for a life of full dignity, a life that has the ability to meet the infinite blossoming of human possibility. 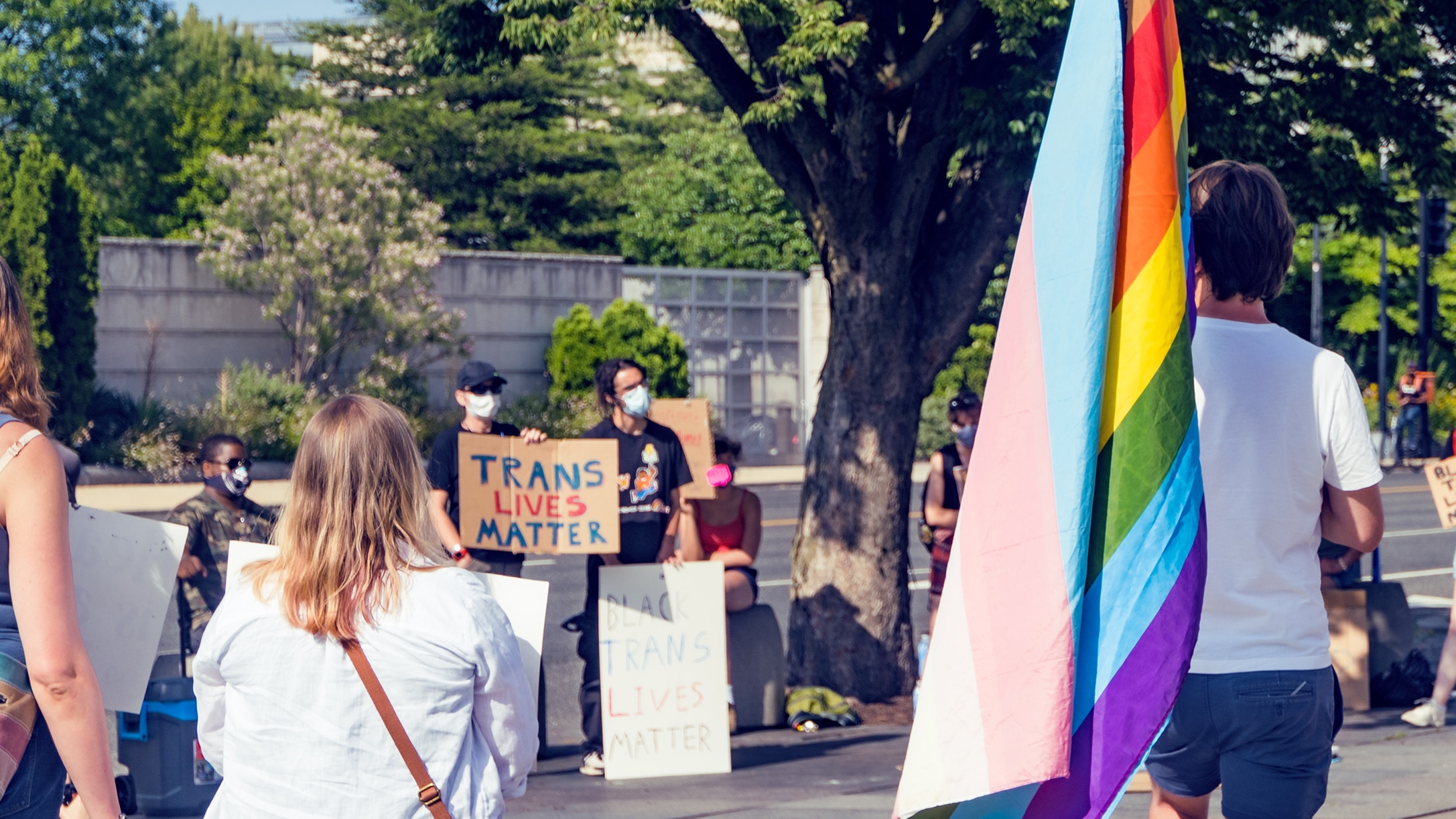 The Arc Doesn’t Bend on Its Own: Arcus Leaders on the Path to Justice in Challenging Times

A Statement on Race from Arcus Foundation