Editor’s Note: This post was repurposed from a scholar essay written for the U.S. National Park Service on the national significance of the Stonewall uprising a year after New York City’s Stonewall Inn area was designated the country’s first LGTBQ national monument. It was also published in “QED: A Journal in GLBTQ Worldmaking.” To learn more about pre- and post-Stonewall LGBTQ history, visit the author’s podcast, Making Gay History.

It’s time for me to make peace with Stonewall.

For the past three decades, I’ve done battle with the Stonewall riots, and I’m worn out. The fight began in the summer of 1988 when I first discovered that Stonewall didn’t mark the beginning of what was then called the gay civil rights movement.

I was shocked to learn that the conflict between bar patrons and the New York City police that began after a raid in the early morning hours of June 28, 1969, on Christopher Street in Greenwich Village came 19 years after the founding of the Mattachine Society, the first of the “homophile” organizations. It wasn’t even the first time that “gay people fought back” against police repression. Or the second. Or even the third! 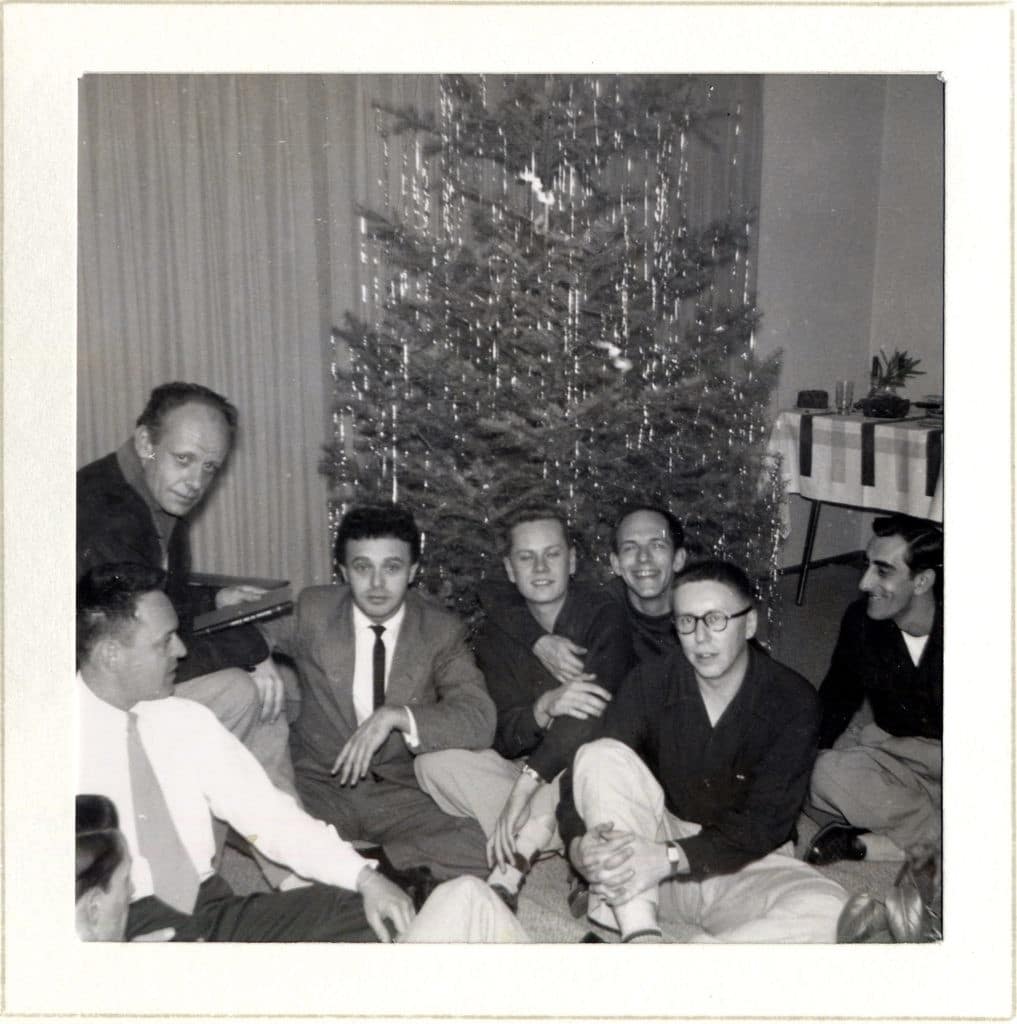 Members of the Mattachine Society, one of the earliest gay rights organizations in the U.S., pose for a rare photograph at a Christmas party in 1951. ©Courtesy John Gruber via Eric Marcus

These revelations only came to me when I started work on my oral history book about the movement. The book wasn’t my idea. In 1988, I was a 29-year-old journalist working at CBS News when I got a call from an editor at Harper & Row (now HarperCollins), who asked if I’d consider writing an oral history of the gay civil rights movement—a book like Studs Terkel’s Working.

“I’m not a historian or an academic,” I protested. But the editor liked how I’d written dialogue in my first book, The Male Couple’s Guide, and thought I could write the kind of book that would be of interest to a general audience. Besides, he told me, he wanted someone who was fresh to the subject, someone who came to it without preconceptions.

I was definitely fresh to the subject: I knew almost nothing about my history beyond what I’d researched on my own in 1977 (for a freshman year paper on the “marginal man” sociological theory), picked up from attending hearings at New York’s City Hall for an ill-fated gay rights bill in the early 1980s, and saw from standing on the sidelines at a handful of pride marches in San Francisco and New York.

Still, I was intrigued by the idea, and I was already keenly aware of the limits on how far I could advance at CBS, where a senior executive told me an openly gay correspondent would never be on camera. So I decided to leave and take on this new challenge. 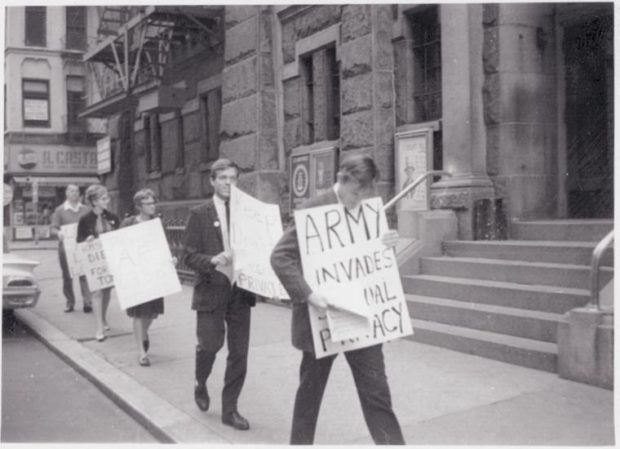 Protestors march in the first demonstration for homosexual civil rights at the U.S. Army Induction Center in New York City in 1964. One of the signs reads: “Homosexuals Died for U.S., Too.” ©New York Public Library Digital Collections

Once I started my research, it took about five minutes for my one key preconception—that it all began at Stonewall—to be upended. That’s when the rage and sense of betrayal kicked in. Why didn’t I know this history? Why was it kept from me? Who was to blame?

I should have blamed my education—or lack of education—but instead I blamed Stonewall. Stonewall was like the guy at the party who sucks all the air out of the room. Everything starts with him, and there’s no space left for anyone else to get a word in edgewise.

As I began conducting interviews with some of the earliest, pre-Stonewall activists, my anger only grew stronger. I found myself channeling the rage and hurt that so many of the people I interviewed experienced over having seen their accomplishments diminished or ignored every time they heard or read that Stonewall marked the beginning of “the modern gay rights movement.” 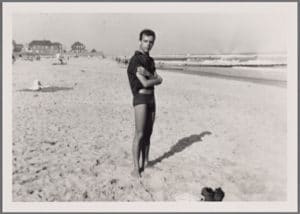 I had the privilege to record the stories of people who founded the earliest organizations in the 1950s, mounted the first public protests in the mid-1960s, and brought the first legal cases in a world that was hostile to LGBTQ folks in ways that we can hardly imagine today. They were people who stood up and said, “We’re not sick, we’re not sinful, we’re just as good and moral as anyone else and we demand our rights.”

They did this at a time when speaking out could cost you your job, your family, and even your home. Almost no one listened, but they persisted.

My battle plan quickly came into view. I’d put Stonewall in its rightful place in history as I came to see it through my conversations with the people who had lived that history. Stonewall would be a historic point of inflection, but given how much play it had already received, I wouldn’t give it undue attention. My focus would be on what came before and after.

Of course, it hadn’t occurred to me at the time that in choosing how much (or little) “play” to give Stonewall, I would be presenting Stonewall to readers through my own lens. Like anyone writing about history, I brought my personal subjectivity to the page. 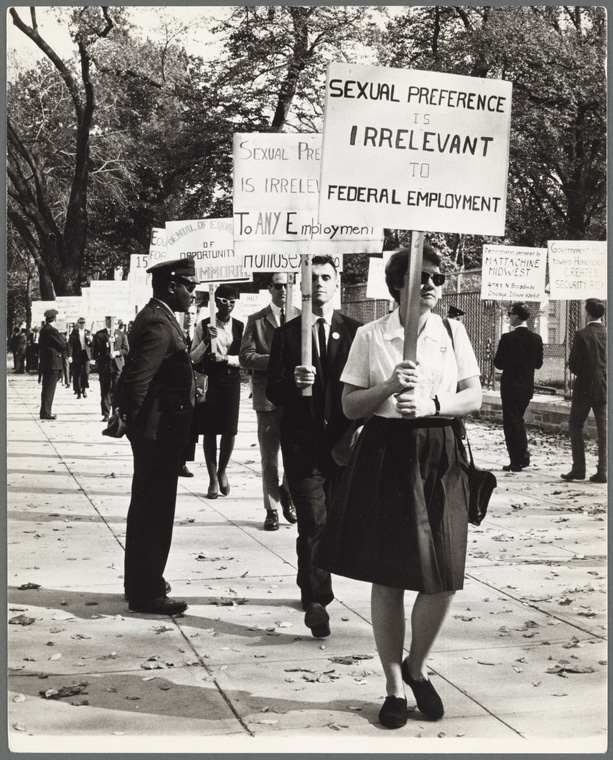 Over the past three decades, I’ve written essays about Stonewall, moderated panel discussions, worked on a couple of documentaries, and written more than a few letters to the editors of The New York Times—all in an effort to set the record straight about Stonewall and to challenge some of the more persistent and, to my mind, glaring myths about what happened and didn’t happen, who was there and who wasn’t, who did what, and what Stonewall has come to represent.

Over that time, I like to think I’ve gained a clearer perspective on what Stonewall was. The image that comes to mind is that of an open flame and a can of gasoline. The open flame was a volatile mix of rage and yearning—the rage of an oppressed people who yearned to live without fear of being hounded by the police, fired from their jobs, scorned by their loved ones, demonized by the church, and diagnosed and tortured by psychiatrists. That open flame burned in every major city in the country during an era when large-scale confrontations with the police—over the Vietnam War and black civil rights—were already commonplace.

It was in that context that the police raided the Stonewall bar in the early morning hours of June 28, 1969, unwittingly providing the fuel that ultimately blew the movement wide open. But the explosive growth that followed wasn’t an accident. 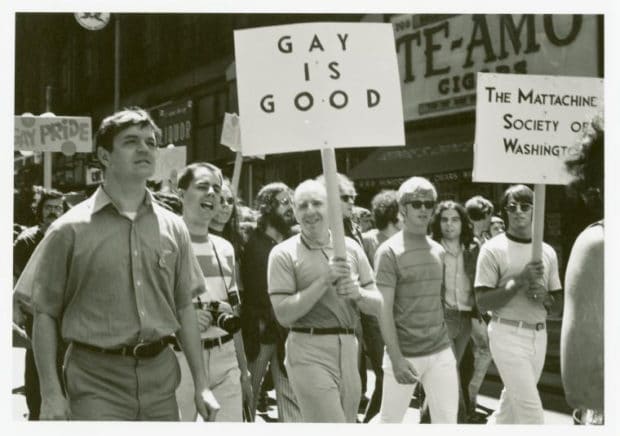 As I came to understand, it took the efforts of veteran pre-Stonewall activists working alongside newly radicalized young LGBTQ people to channel the energy and anger released at Stonewall into a newly supercharged national movement.

So the riot may have been spontaneous, but the dramatic growth of the movement that came in the aftermath of the riots would not have been possible without the groundwork laid by the pre-Stonewall homophiles. 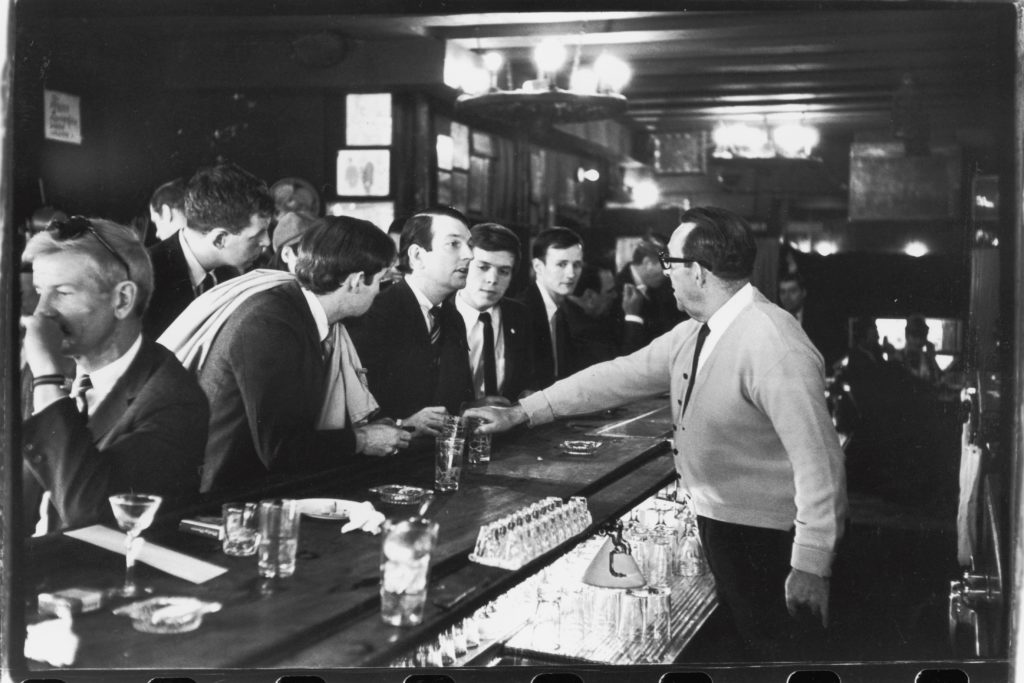 Members of New York’s Mattachine Society stage a sip-in at Julius’ bar to challenge the State Liquor Authority’s discriminatory policy of revoking licenses from bars that served gay men and lesbians. The event led to legitimate gay bars in the city. ©Fred W. McDarrah, courtesy of his estate

Even as I’ve fought to convey that view—my view—of Stonewall, I’ve had to accept that people get attached to their myths, even when those myths contradict demonstrable facts about the real story of Stonewall’s place in history and unnecessarily embellish the already compelling facts of the multi-day uprising itself.

For example, take the legendary kick line of high-heeled drag queens on Christopher Street outside the Stonewall challenging a phalanx of policemen in riot gear and chanting:

The kick line and chant were real, but the high-heeled drag queens were actually street kids, mostly teenagers, “flames” in various degrees of “scare drag”—not dresses and wigs, and definitely not wearing high heels. The street kids knew better. As Martin Boyce, who was at Stonewall the night of the riot, explained to me, you can’t run from the police in heels. But the idea and image of high-kicking, high-heeled rioters in full drag makes for a more cinematic story. 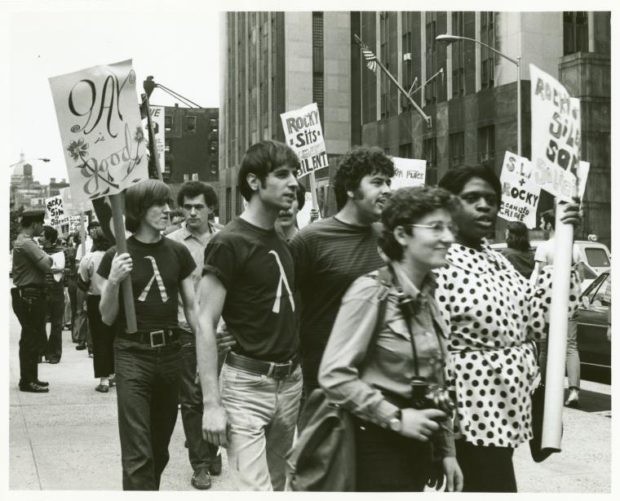 There are things that we’ll never agree on about Stonewall, whether we’re so-called scholars, self-identified “gay history geeks,” inquisitive high-school students, or simply veterans of the movement. Just get a group of interested people in a room and ask who threw the first brick or rock or cocktail glass if you want to test my assertion.

But I like to think that we can still find plenty of common ground: that Stonewall was a pivotal event in the LGBTQ civil rights movement, that it was an opportunity seized upon by activists who recognized its potential as both a catalyst and a symbol, and that they had the creativity and foresight to enshrine Stonewall as a symbol by tying it to an annual event—protest, pride march, festival, picnic, fun run, etc. 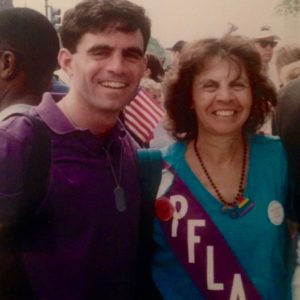 My mother, Cecilia Marcus, and me at the 1993 March on Washington for Lesbian, Gay, and Bi Equal Rights and Liberation

What I don’t think anyone in 1969 could have imagined was that Stonewall would grow to become an international symbol strong enough that it could be what each of us needs Stonewall to be—whether that’s a symbol of freedom, of an oppressed people fighting back, of hope, or all of the above.

As I leave the Stonewall battlefield and reflect on the 50th anniversary of the uprising, I’m happy to let the people who were closest to the 1969 events be the ones to tell the story of what happened—through their recorded oral histories or printed testimonies. And if you’re looking for the definitive, fact-based account of what happened, David Carter’s Stonewall is it.

But while I still care deeply about the facts, what I’m more interested in now is how people experience the idea of Stonewall, what it means to them, and how it inspires them in their lives today. Just don’t try to suggest that Stonewall was the “start of the modern gay rights movement,” or “where pride began.” I still have some fight left in me.

After Marriage Victory, Philanthropy Still Has Work to Do