Pride Month, Stonewall 50, and Beyond: Tools to Explore LGBTQ History

Across the globe, June signals an opportunity for members of the LGBTQ community to celebrate their identities and the progress made in their fight for equality. This year—along with the usual parades and festivals—Pride Month marks the 50th anniversary of the Stonewall uprising, which many historians consider to be a key turning point in the LGBTQ civil rights movement.

As LGBTQ people and allies look for informed and effective ways to celebrate Pride, we invite you to go beyond June, and dive deeper into the rich, often overlooked history of the LGBTQ community all year round. Learn about the origins of oppression, key successes in ending discrimination for queer people, and historic sites available to you through a short list of resources from our partners.

1. The Center’s Stonewall Forever digital monument:
A virtual monument supported by Google, Stonewall Forever is an interactive extension of Christopher Park, which was designated—along with the bar and the streets where the riots occurred—a national monument in 2016. Visitors move through a spiral of rainbow prisms, each linking to audio interviews with LGBTQ activists and trans pioneers like Marsha P. Johnson, photo galleries of the first Pride events in the U.S., or archives of pro-gay rhetoric, like the flier “Homosexuals Are Different” distributed by the Mattachine Society in 1960. Users are encouraged to upload their own photo and contribute to the expanding virtual library of LGBTQ voices and experiences. 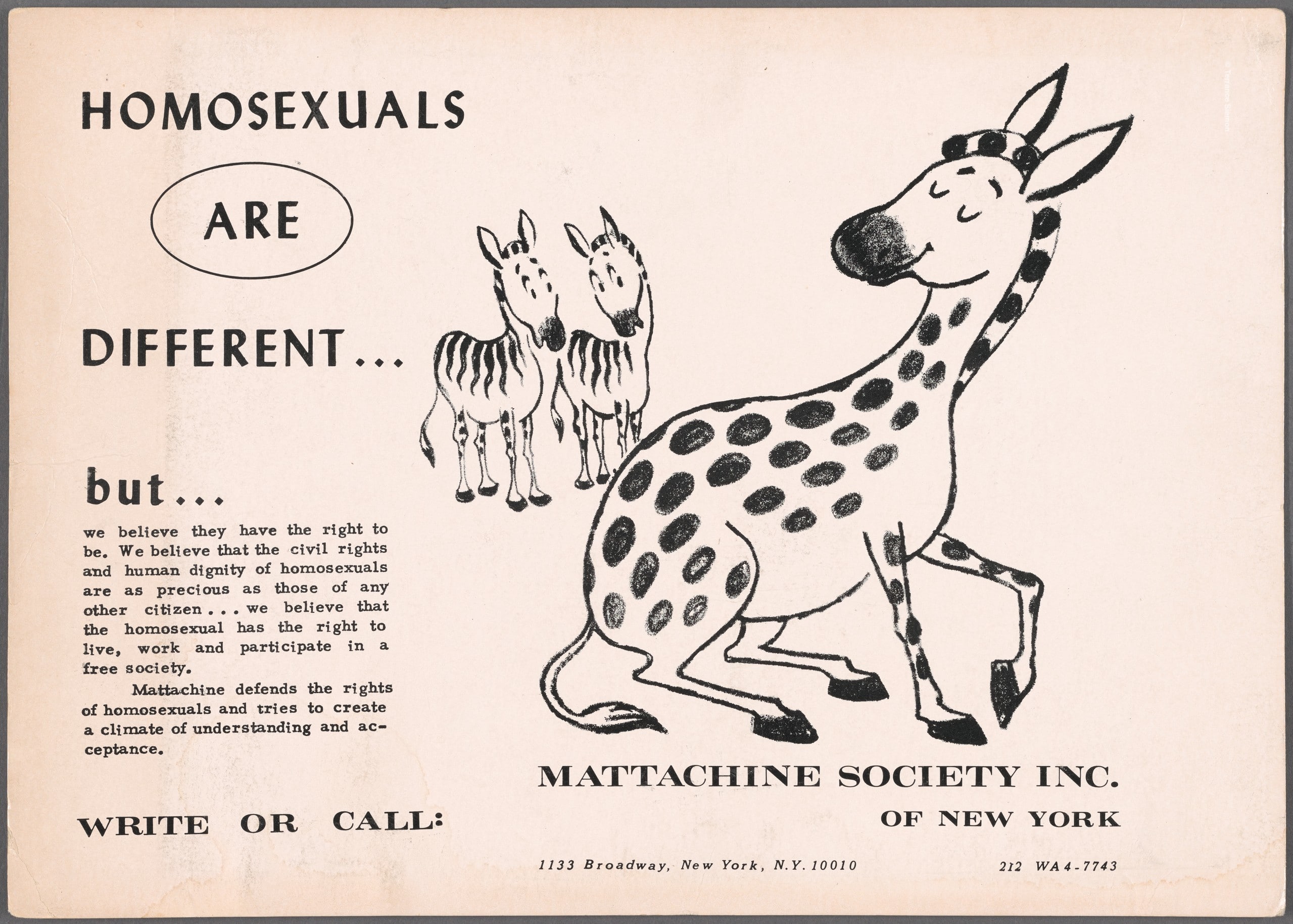 2. Human Rights Watch’s “This Alien Legacy: The Origins of ‘Sodomy’ Laws in British Colonialism”
This report offers insight into how legislation derived from a single law British colonial rulers placed on India in 1860—punishing “carnal intercourse against the order of nature with any man, woman, or animal”—has been used to model anti-LGBTQ legislation across Africa and Asia. Now still in place in countries like Kenya and Malawi, this 159-year-old law and its derivatives continue to allow for discrimination against queer people, despite never explicitly criminalizing homosexual activity.

3. GLSEN’s LGBTQ-inclusive curriculum resources:
Educators looking to amend the lack of queer representation in history curricula can look no further than GLSEN’s classroom goodies page. It boasts LGBTQ history timelines (dating back to 2450 BCE); LGBTQ history coloring books; and video testimonies from LGBTQ students on how studying historical figures that reflect their identities positively shaped their educational experience. The site also recommends Making Gay History, a five-season, award-winning podcast featuring audio interviews of LGBTQ “champions, heroes, and witnesses to history” like Sylvia Rivera and Marsha P. Johnson, both of whom participated in the Stonewall uprising in 1969.

4. This Washington Post graphic about gay rights over the last 224 years:
Compiled with data from the International Lesbian, Gay, Bisexual, Trans and Intersex Association‘s State Sponsored Homophobia Report, this interactive overview stretches back to 1784, one of the earliest instances of pro-gay legislation in Western Europe. The timeline—stopping at 2015—omits later important milestones for the LGBTQ community, including marriage equality in Thailand, and the abolishment of anti-gay laws in India, Angola, Mozambique, Seychelles, Nauru, Trinidad & Tobago, and most recently, Botswana.

5. NYC LGBT Historic Sites Project:
What lies beyond Stonewall? NYC LGBT Historic Sites is a virtual directory that spans across the five boroughs, featuring places like the Lesbian Herstory Archives in Brooklyn, which has one of the world’s largest collections of records “by and about lesbians and their communities,” or Columbia University’s Student Homophile League, the first gay student organization in the U.S., founded in 1966. By using the site’s simple color-coded map, visitors are fully equipped to help make “an invisible history visible,” and can even take a virtual tour of some of the sites on their phone with Vamonde.

6. OutRight International’s reports page:
Where is history being made now? OutRight’s research topics span from legal discrimination to trans and intersex rights to crackdowns on activism—across the globe. See the issues facing the LGBTQ community, like violence and discrimination based on gender identity in Iraq, or where in the world queer organizations don’t have the right to legally register.

For a more in-depth look at Stonewall and significant events in the modern LGBTQ community, visit GLAAD’s repot Stonewall 50: A Journalist’s Guide to Reporting on the 50th Anniversary of Stonewall and the Legacy of Pride.

Why the World Bank is Wrong About Singapore