Every year on March 31, Trans Day of Visibility celebrates the global transgender community and raises awareness about the challenges faced by its members. We’ve compiled a handful of resources from our partners to equip trans people and their allies with media guides, history lessons, informational videos, and more.

Get to know the resilience, courage, and diversity of the trans community today—and carry that knowledge with you all year long to keep up the fight for equality.

1. Human Rights Campaign’s “Understanding the Transgender Community”:
This simple, straightforward resource prepared by HRC answers the question, “What is a trans person?” The article offers a brief walkthrough of the various types of people who might identify as “trans,” and the many obstacles they face because of being their authentic selves, including discrimination, poverty, violence, and barriers to healthcare.

2. GLSEN‘s “How to Support Trans Students”
This three-minute video can help educators understand what kind of support trans students need. Testimonies from American trans students offer insight into what makes them feel safe—like gender-neutral bathrooms, or a math problem that references a same-sex couple or a gender non-conforming person. 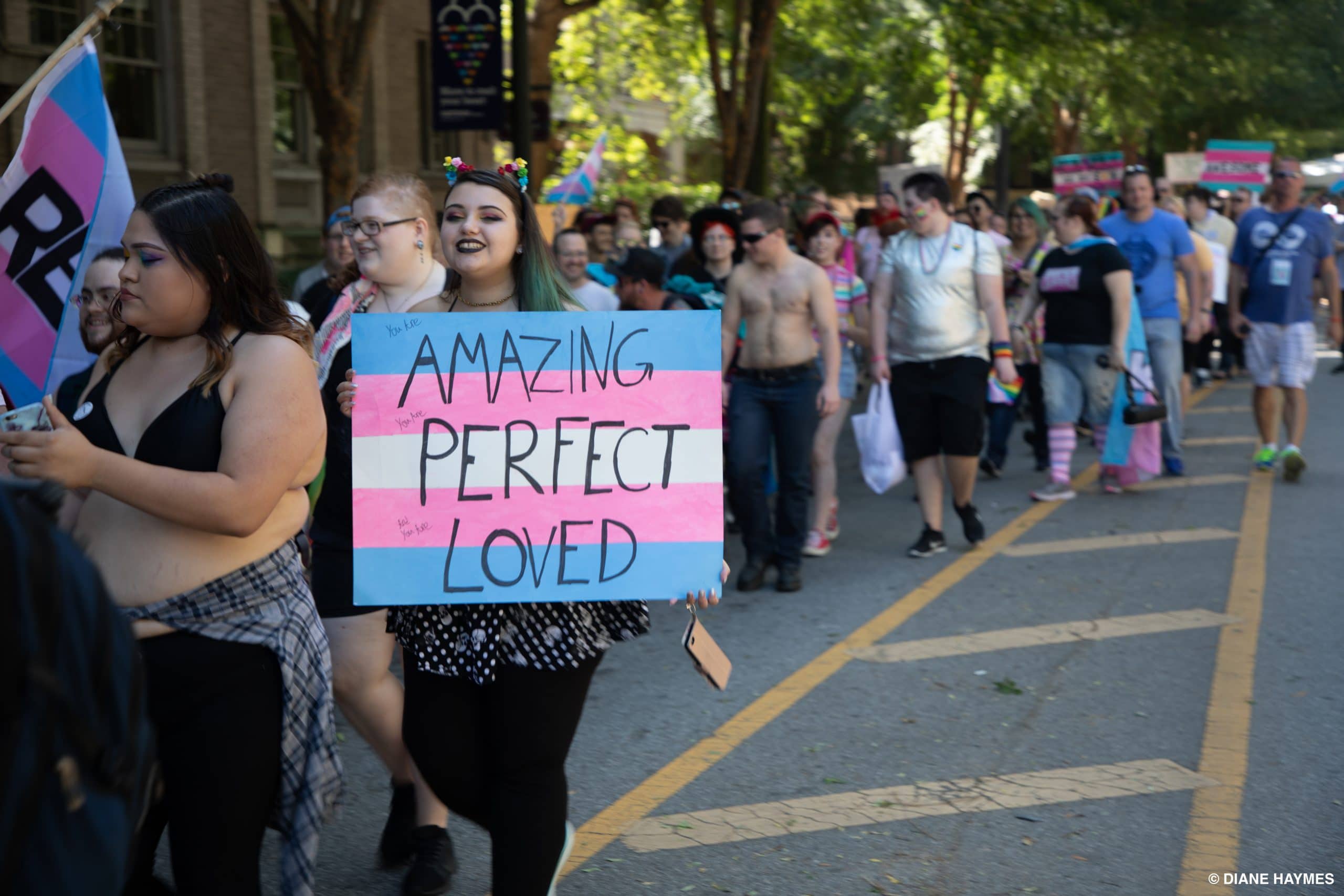 4. Audre Lorde’s “Say What? Media Guide”:
Sex work is common in the trans community because individuals often face discrimination, harassment, poverty, and homelessness. But that isn’t the full story. Journalists, activists, and researchers seeking to communicate about trans people and others in the sex trade—respectfully—can start with this guide produced by ALP, FIERCE, and Streetwise and Safe (SAS).

5. PFLAG’s “Guide to Being a Trans Ally”:
“Who are allies, anyway?” is one of PFLAG’s first questions for those looking to join the fight for trans equality. Learn the vocabulary (like genderqueer, cisgender, transition), the rules (like off-limit questions), and the history behind allyship in this Straight for Equality production.

6. OutRight International’s index of trans and intersex rights:
Go global! Trans issues do not stop in your country. Stay up-to-date with the ever-changing state of trans and intersex rights around the world with articles and reports—topics have included the end of forced sterilizations of trans people in Europe, Jamaica’s first trans rights organization, and legislative protections and barriers for trans Colombians.

7. GATE‘s “State of Trans Organizing”:
When it comes to trans livelihood, legislation is key. Which countries are working to increase trans access to healthcare, and which ones won’t allow trans people to change their name on legal documents? Get the full picture through GATE’s worldwide report, made in partnership with the Astraea Lesbian Foundation for Justice and American Jewish World Service.

Arcus 2017 Annual Report: Standing Up to Social and Environmental Injustices

Transgender Legal Issues for the Non-Attorney