This Sunday, May 17, is IDAHOBIT, the International Day Against Homophobia, Transphobia and Biphobia, which is dedicated to raising awareness about the violence, discrimination, and repression experienced by LGBTQ communities around the world. Arcus’ International Social Justice Program Director Adrian Coman—a movement leader and human rights advocate for over 20 years—talked with us about IDAHOBIT’s origins, how phobia is at the source of many forms of discrimination, and how talking about fear’s influence on our behavior can create space for greater understanding and acceptance.

How did IDAHOBIT come about?
Frenchman Louis-Georges Tin, a Black, gay man, felt that there should be a day specifically focused on combating discrimination, violence, and homophobia. He launched IDAHOBIT (previously known as the International Day Against Homophobia or IDAHO) on May 17, 2004, to commemorate the World Health Organization’s decision on that day in 1990 to remove homosexuality from the international classification of mental disorders.

The day creates an opportunity for groups around the world to mobilize efforts, organize events, and engage in dialogue with policymakers, media, and others to raise awareness about human rights violations against LGBTQ people. For instance, in 2019, Taiwan legalized same-sex marriage, and the U.S. House of Representatives passed the Equality Act, which would prohibit discrimination based on sexual orientation and gender identity at the federal level.

Arcus’ early support of IDAHOBIT helped provide it with staffing and online infrastructure that strengthened its organizers’ ability to promote and make the day more visible. Several of our grantees continue to support IDAHOBIT outreach.

Why is having a day dedicated to addressing fear in the form of homophobia, transphobia, and biphobia so important to the cause of LGBTQ rights?
Fear is at the origin of many cases of discrimination. The reality is that every person has phobias. We learn them from our society as we grow up—for example, in the way people use vocabulary to talk about other people and social groups. It’s using the term “faggot” for someone who is gay or calling someone “retarded” instead of intellectually disabled or differently abled. All of these are expressions of fear or disgust aimed at distancing yourself from someone who is different. And that gets embedded into our daily life, our way of thinking, and that eventually gets transposed into legislation and media.

But in this modern age, we must work to ensure that laws today guarantee peoples’ dignity and rights and that the culture is free of damaging images. LGBTQ people, or any other social group, need to be treated equally, even if we grew up with vocabulary or messaging that said we should not. Society needs to make an effort. These conversations and this work are about changing our minds and overcoming those engrained fears. 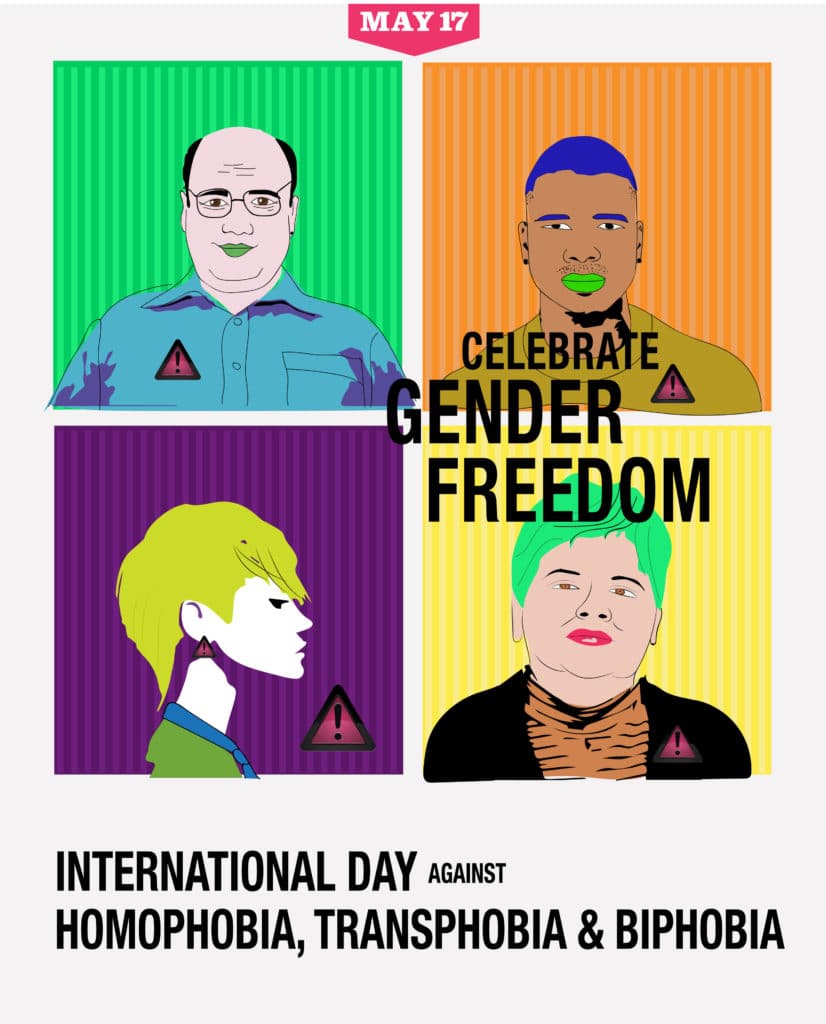 The global coronavirus pandemic has laced our environments with fear. Is it exacerbating problems for LGBTQ people because of the overall heightened state of anxiety?
Yes. LGBTQ people around the world are being targeted, fined, and arrested under the pretense that they were not following social distancing rules. Even more problematic is the scapegoating that happens, like Bishop Ramón Castro in Cuernavaca, Mexico, explicitly saying in a public address that this virus is a payback for accepting homosexuality. This scapegoating is a mechanism that makes it easier to accept an unfavorable reality by putting the blame on someone else. And if it’s a group that is easily distinguished through some feature, it’s easier to point at and lay blame.

How does talking about fears and phobias influence our behaviors and help shape policies to move the needle toward more respect and dignity for LGBTQ people?
Human experience studies show that the #1 factor impacting behavior change is to have direct contact with people. So the more that LGBTQ people can be themselves in their interactions with families, school, work, and elsewhere, the more people who have certain prejudices will have to test those beliefs: “Is she/he/they the way I ‘know’?”

If you meet one LGBTQ person who doesn’t fit your prejudice, you can dismiss them as being the exception. But if you meet 20 LGBTQ people and they test your assumptions, then your rule will not stand. Unfortunately, this puts a burden on our shoulders as LGBTQ people, but that is the most efficient way. And for LGBTQ people in repressive regimes, the change will be slower because LGBTQ people have to protect their safety first. There are no limits to the violence.

We work in countries where violence leads to murder and impunity. This is where allies are important—from religious figures to politicians to opinion leaders, who in hostile contexts have a lot of credibility. We hope they would use their influence not to speak for LBGTQ people, but to speak from their position on these issues to combat violence, discrimination, and phobia against LGBTQ people.

For more information on the International Day Against Homophobia, Transphobia, and Biphobia, visit May17.org’s country pages to access virtual events and activities.

Adrian Coman has worked for more than 20 years in advocacy, philanthropy, education, and politics. Before joining Arcus in 2013, he was executive director of the LGBTQ group ACCEPT in Romania, where he led campaigns contributing to the repeal of an anti-gay criminal law and the adoption of anti-discrimination provisions. He was a litigant in the 2018 European Union Court of Justice case whose ruling required EU member states to recognize and grant residence rights to same-sex spouses. Upon his immigration to the U.S. in 2002, Coman worked in philanthropy with the Baltic American Partnership Fund and in human rights advocacy with OutRight International.

“I Know Who I Am, But My Country Doesn’t Recognize Me”