Augmented Reality Can Bring the Rainforest into Your Home. Can It Save Endangered Apes from Extinction?

How do you inspire people living in cities to engage with efforts to protect the natural world and the nonhuman animals who call it home? This question propelled the creation of Wildeverse, an immersive mobile game launched in April by conservation-focused technology company Internet of Elephants.

Using data and stories from conservationists at Borneo Nature Foundation (BNF) and Goualougo Triangle Ape Project, Wildeverse transforms users’ environments into virtual jungles, tasking them with tracking and protecting real apes who live in Indonesian Borneo and Republic of the Congo. Players assume the role of field researcher, documenting the presence of chimpanzees, gibbons, gorillas, and orangutans, as well as evidence that their habitats may be at risk.

Tell us about the game’s nonhuman ape characters: Fio the orangutan, Chilli the gibbon, Buka the gorilla, and Aida the chimpanzee.

We were looking for real animals who had been the subject of study for a longer period of time, with interesting personal stories and quirky personalities.

As a younger Bornean orangutan (Pongo pygmaeus), Fio is extremely sociable and playful. She even played with Chilli the gibbon (which is highly unusual). She is very well accustomed to having researchers follow her around since she was a baby, so we know a lot about her life and habits.

Chilli the white-bearded gibbon (Hylobates albibarbis) is very playful, but with a dark side: He’s had his share of run-ins with smaller, less fortunate playmates. He is well known for his beautiful singing and for frequently getting lost while exploring the edges of his territory.

Buka the western lowland gorilla (Gorilla g. gorilla) is a successful father; he likes to keep his group and territory small, and is not one to pick a fight, keeping a safe distance from other silverbacks.

Aida the central chimpanzee (Pan troglodytes troglodytes) is a wanderer who recently joined a new community, which makes for a great storyline. She’s a superb mother of little Aida Laida. The family lineages and inter-family relationships contribute to our ability as humans to relate to animals in the wild.

How did the idea for Wildeverse come about?

I’ve been an animal fanatic all of my life, and six years ago decided to quit my job in IT to see how technology could help engage more people with wildlife conservation. Wildeverse is one of the outcomes of that journey, and brings together three of my beliefs:

Take us behind the scenes of game development.

We started in 2018 by traveling to the jungles of Borneo and Congo to see our partners’ work and scout the animal characters.

We then spent time getting a better understanding of the common pitfalls in conservation communication and steeping ourselves in best practices both through our own research as well as working closely with a behavioral psychologist specializing in conservation.

Armed with the content and storylines from our site visits and a thoughtful approach to how we wanted to communicate that content, it was then an iterative and exhaustive process of coming up with game designs, illustrations, and art, modeling and animating the animals, putting it all together, testing, and getting ready for launch.

What was it like for a group of game developers to follow conservationists and rangers through jungles to track wildlife?

Jake Manion, Internet of Elephants’ Creative Director, had never been in a rainforest before, let alone in Borneo, so everything was completely new to him and he was just soaking it all in. It built an empathy for the animals, environment, humans, and their work that would’ve been impossible to gain without being there in person—and that all fed into the game deeply.

Our data analyst Raff Mares is actually a wildlife biologist with a Ph.D. in zoology from Cambridge, so he has done his fair share of tromping around forests and savannahs, but sitting and spending time with gorillas and chimpanzees was a once-in-a-lifetime opportunity.

What do you hope this game will accomplish for threatened landscapes and wildlife?

The game is designed to engage people over a long period of time. You will spend hours executing conservation missions, spending time with the animals, and speaking to researchers Eka, Amyra, and Espoir about what it takes to save habitats and wildlife—with all its paradoxes and complexities. Players will get a deeper understanding of what it takes to protect nature and the animals that live in the last wild spaces on Earth. The entire experience is designed to be positive, but also authentic, and help start making wildlife an exciting topic of daily conversation.

In the next release of Wildeverse, the app will connect players to people and organizations near them through in-app messages, inviting them to join local nature and conservation activities. In-app purchases will be activated, and a percentage of the profits will go directly to our conservation partners to support the animals featured in the game. 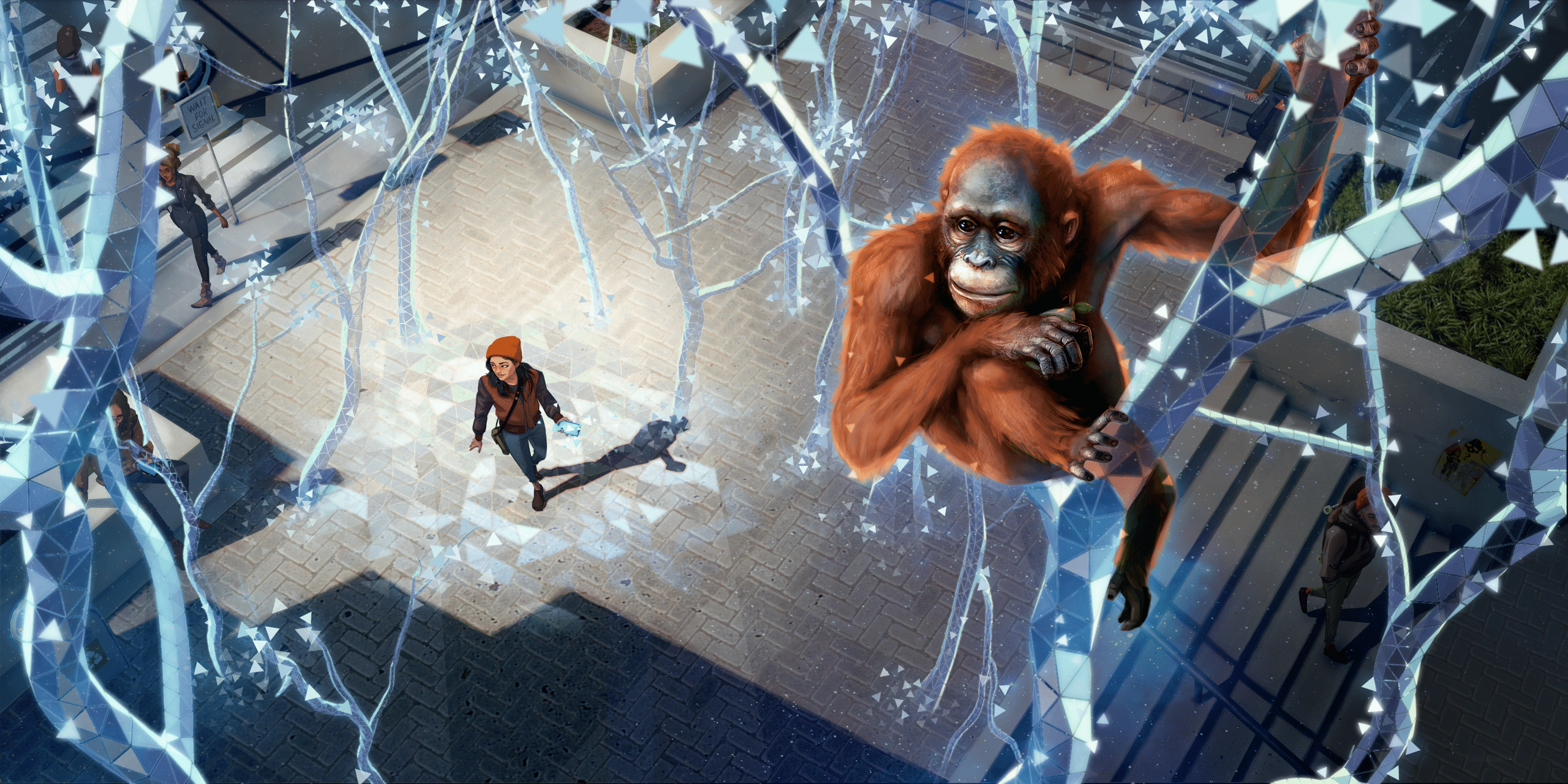 How are players responding?

Despite the pandemic’s impact on our outreach efforts, we’ve managed to get a great first wave of players, and the reviews have been very good. For families stuck at home, the game has provided a great alternative way to experience nature, while learning something new.

The story of the game has been picked up worldwide across general interest press and games and tech press, which brings in a new audience that might not normally be interested in conservation. It’s too early to say what the outcome is for conservation behavior and attitudes, but this will be the subject of a scientific behavioral study in 2020. We hope to learn much more about what Wildeverse can and cannot achieve through that research.

Wildeverse is available for free on the App Store and Google Play.

As Chimpanzee Habitat in Guinea Is Threatened, Environmentalists Join Forces to Save Lives